Day on the Hill RECAP

Thank you for doing your part in making Puget Sound Day on the Hill 2018 a success! The feedback we’ve received has been very positive, and I am proud of the great work our group was able to accomplish. Here’s a quick recap:

A multi-state coalition followed up the PSDOTH with a Salmon Day on the Hill trip, which reemphasized the importance of Pacific Coast Salmon Recovery Funds (PCSRF) for salmon recovery.

Since the two trips, we have received great news:

If you were not able to attend this year, don’t forget to thank someone who did! We would not be able to maintain the support we get, and build the foundation for the support we need, without this kind of engagement and participation. We expect to begin planning for PSDOTH 2019 in the late fall and hope to see you in D.C. next year!

To demonstrate even broader support for the fourth annual Puget Sound Day on the Hill on May 23rd, we’re asking leading organizations in the region to join us by signing on to the letter. To be included as an official signatory to the letter, please provide the requested information at the following link. Enter your name, title, and organization exactly as you would like it to appear in the letter.

Please note that participants are responsible for making travel and accommodation arrangements.

To use your Discount Code, go online to alaskaair.com and input the Discount Code when searching for flights.

Note: Per diem rate rooms are limited and may be sold out at any time.

Other recommended hotels near Capitol Hill (not currently offering per diem)

THANKS FOR SUPPORTING THE 2018 PUGET SOUND DAY ON THE HILL 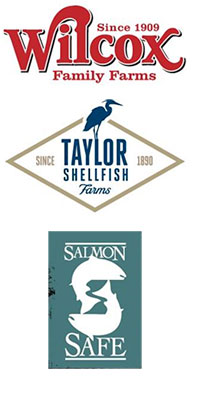